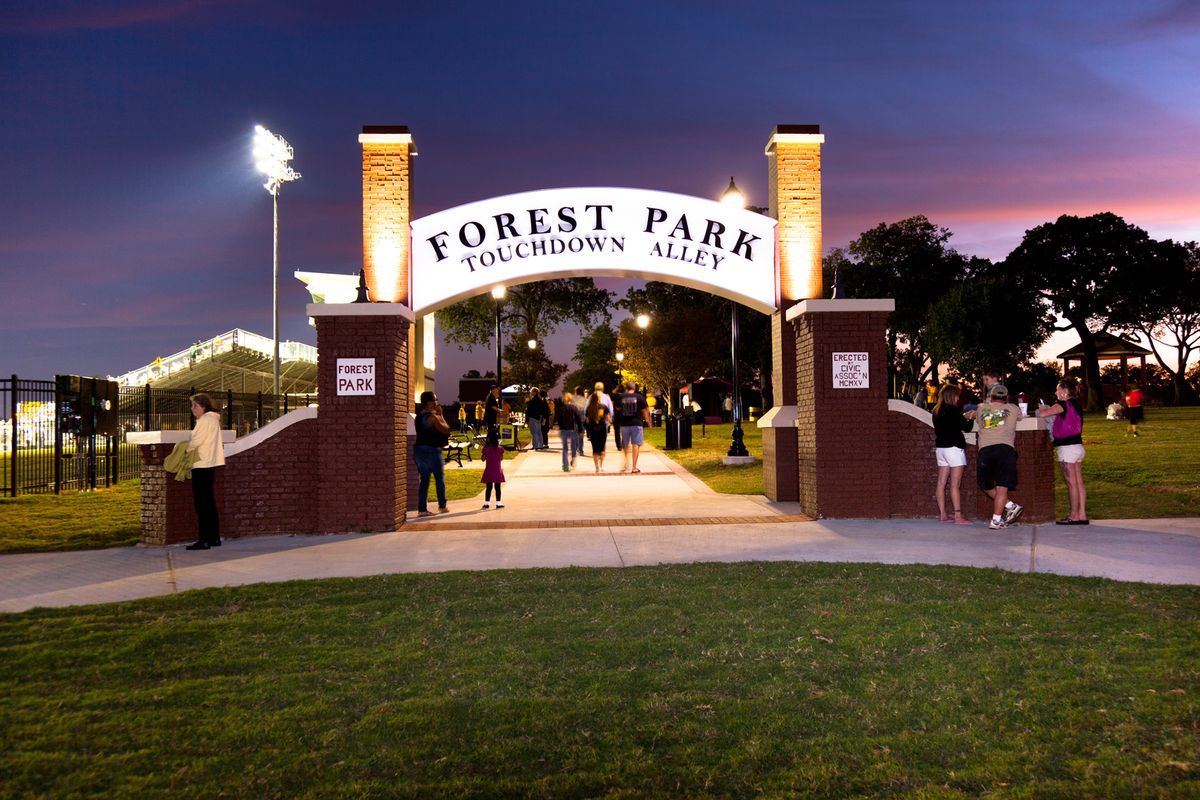 Located within Historic Forest Park, Munson Stadium in Dension, TX was up for an upgrade in 2014. Through a partnership with the Denison ISD and the City of Denison improvements to the park were included in the project. Several historic photographs of the park were discovered throughout the design process that provided inspiration for many of the park elements.

During football season Touchdown Alley is a space that provides the community of Denison a pre-game tailgating experience before game time. A 15’ wide promenade leads visitors into the park to the entrance of the stadium and a large plaza. The promenade is anchored on both ends by modern representation of historic items that were once located in the park. At the entry, a fifteen foot wide archways sign welcomes users to Forest Park when entering the park and upon leaving the sign leads back to Downtown Denison. Within the plaza at the other end of the walkway an iron fountain was created the replicates one that once stood in the same location many years ago. When not in use for pre and post-game activities, Touchdown Alley acts a welcoming entrance to Forest Park and includes benches, pedestrian lighting, and ornamental trash receptacles. Other improvements within the park include restoration of the existing historic pavilion, walkway realignments, and additional benches. The move to revitalize the park coincides with continued efforts to revitalize downtown and other nearby parts of the City. 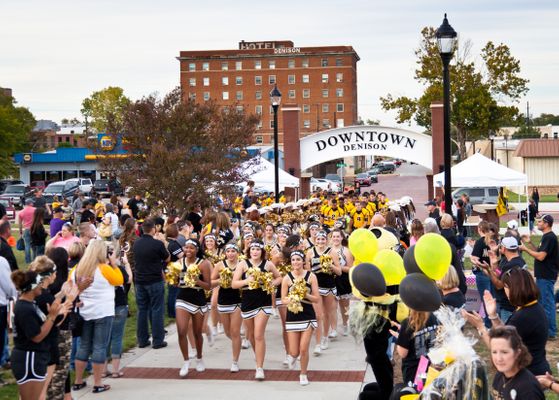 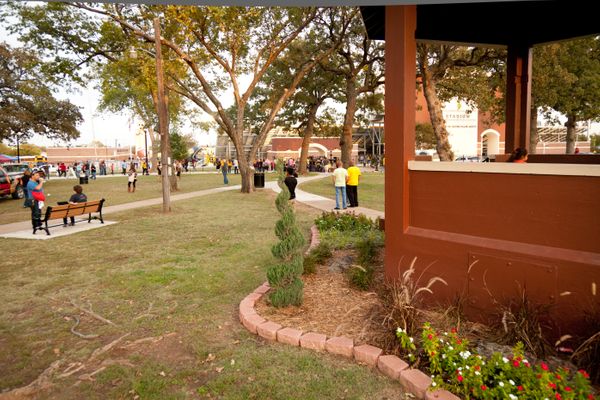 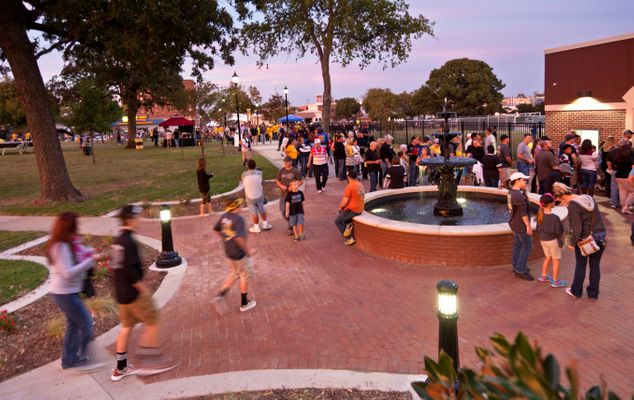 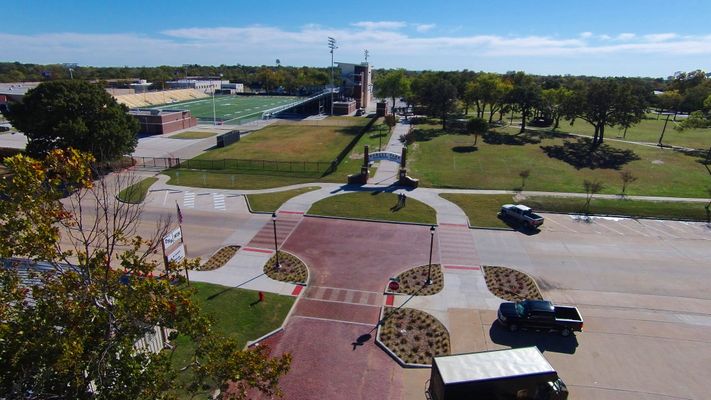 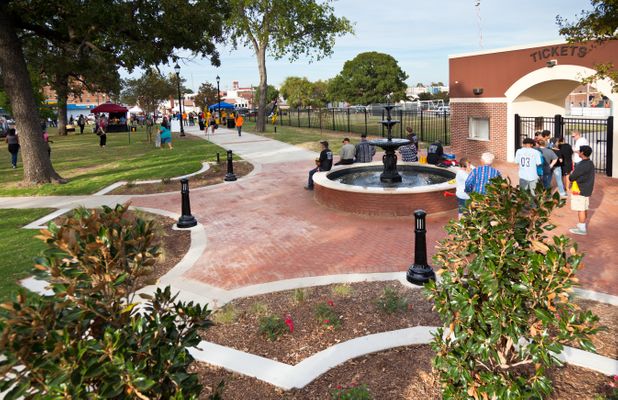